In July of 1946, Ben Hogan, considered to be one of the greatest golfers in the history of the game teed it up at Wakonda. Hogan, the leading money winner on the PGA tour, played Wakonda just three months after losing the Masters by one stoke (with a three putt on the last hole) and less than a month before winning the the 1946 PGA, the first of his nine major championships. Joining Hogan was Jimmy Demaret, a 31-time winner on the PGA tour and a three-time winner of the Masters, who won his first Green Jacket the year after he played Wakonda, Dick Metz, ten-time PGA winner and later senior PGA Champion, and Ellsworth Vines, former world number one tennis player, two-time winner of the U.S. Open (tennis) and Wimbledon champion who became a professional golfer and was the present Canadian Open golf champion. 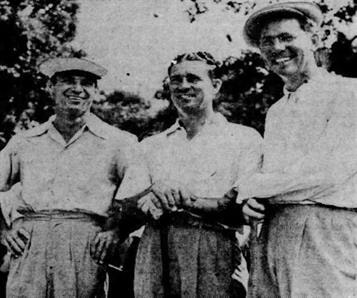 Ben Hogan, a 64-time winner on the PGA, had a profound influence on the golf swing and was known for his legendary ball-striking ability. His books, Five lessons: The Modern Fundamentals of Golf and Power Golf are timeless classics. Hogan’s nine major wins, fourth all-time, equal Gary Player, and trail only Nicklaus, Woods, and Hagen. Hogan is one of only five players to have won all four majors: the Masters (twice), The Open, (only playing once), the U.S. Open (four times), and the PGA (twice).

Jimmy Demaret, despite his incredible resume, having never lost a Ryder Cup match, with more wins than Gary Player, Lee Trevino, and Johnny Miller, (all who also played Wakonda, more about them in future newsletters) was known for his flamboyant clothing, baritone gift for signing, talent as a comedian, and “late night socializing.” Hogan described him “as the most underrated golfer in history.” In the khaki and grey days post WWII, “Demaret was an Easter egg parade of color in custom tailored clothes that would brighten Juneau in January.” Demaret, whose father was a house painter, said “I learned early that color puts life into things.” He was known for his quick wit and often funny lines, including “get out and live, your dead an awfully long time” and “golf and sex are about the only things you can enjoy without being good at it.” 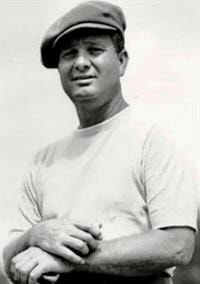 Dick Metz, placed second in his first tournament after joining the PGA, the Los Angeles Open. He was also second in the 1939 U.S. Open. Over the next two decades he won 14 tournaments. The year after he played Wakonda he was co-leader for two rounds of the U.S. Open. Although he later devoted himself to ranching, Metz won the 1960 Senior PGA Championship and Word Seniors Championship. 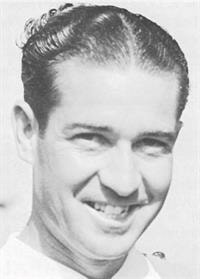 Ellsworth Vines, former major tennis champion, world number one, and winner of the Pro Slam titles on three different surfaces, retired from tennis to focus on golf where he was a lanky big-hitter. Vines, while not as talented as a golfer as a tennis player was still strong, with high finishes in the Masters, PGA, and U.S. Open; winning three times on the PGA. 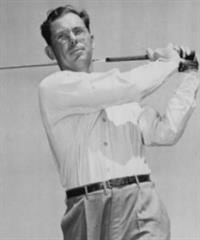 When the four pros met at Wakonda “the greens more than held their own.” Metz was the only player to par number one, “hitting his drive down the middle instead of trying to cut over the trees on the dog leg.” Hogan tried an intentional hook, but the “ball cut too quickly and hit a tree.” “Little Benny” Hogan, one of the games longest hitters, at only 5’9’’ and 135 pounds, “blasted his drive” on the 551-yard hole number 5 to “just two yards short of the rough near the creek, “took out his six iron and dropped the ball 12 feet from the cup, but missed the putt for eagle.”

Demaret, wearing bright canary yellow pants, a pale-yellow skivvy shirt, a “passionate purple beret” and two-toned black and white shoes, “was the first to get hot.” On hole number 8 he “slammed home a brassie second shot within twelve feet of the pin, then dropped the putt for the day’s only eagle.” “Seconds later,” he stepped up to the number 9 tee and “arched an iron shot to within 14 inches of the cup for a cinch birdie.” Demaret had four birdies and the eagle on the front the nine. Vines, “wearing glasses and displaying a deliberate, lazy swing, was out in 35 as was likeable Metz.” Hogan “using his 135 pounds to his fullest advantage in out-hitting the other three off the tee, couldn’t come close to solving Wakonda’s slippery greens and had a 36 out.” 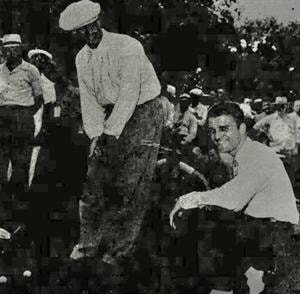 On the back, number 11 brought a “big fat 6” for Demaret, the day’s only double. Demaret managed one of the three birdies on number 13, plus a birdie on number 16, when he “sank a seven-footer.” Demaret grabbed a deuce on number 17, sinking a 30-foot putt, the “longest of the day.” Hogan fared worst in putting, “tapping the ball too hard.” Hogan, the game’s leading money winner, and “best golfer in the world until he tried to hole a putt” shot a 71, as did “the towering one-time tennis ruler” Vines. Metz, the “curly-haired” pro, “finished fast with a 69.” Jimmy Demaret, in his colorful outfit, stole the show with a 68.

Ben Hogan, on August 25th, just a few weeks after being tested at Wakonda, put his game together, beating Demaret, defending champion Byron Nelson, and the first “full field since 1941” due to WW II, to win the 1946 PGA at the Portland Golf Club. 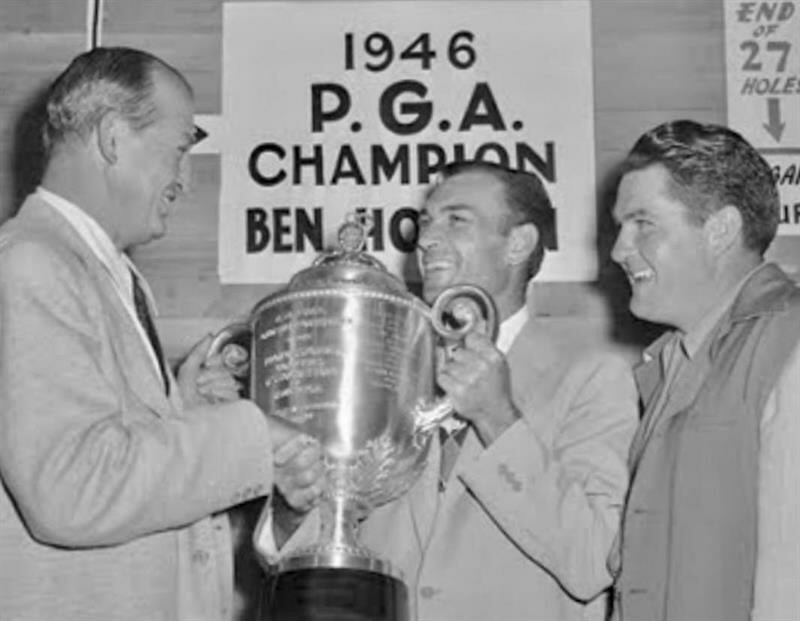