The Sport Kings at Wakonda

Polo, said to be perhaps the “oldest recorded team sport in history”, has been part of our club history from its founding, with the Wakonda Club fielding a “crack” polo team for nearly two decades.  Near the turn of the 20th century, interest in polo in the U.S. was increasing, with the “excitement of the sport being contagious.” Fascination with the sport also grew with, T. R. “Teddy” Roosevelt, the 26th president, taking up the sport, riding his pony “Pickle.” He once declared “Polo is a good game, infinitely better for vigorous men than tennis or golf or anything of that kind. There is all the fun of football with horses thrown in.” 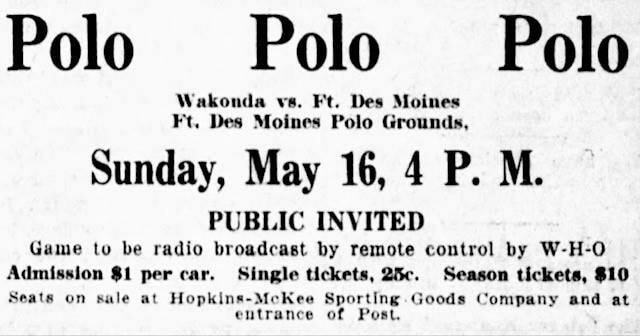 The founders of the Wakonda polo team reportedly found golf “too tame” and took up polo with the initial purchase of five “trained polo ponies.” The first matches were played at the Fort Des Moines Polo field, “until the stables at the new Wakonda Club are completed and matches will be played there.”

In the summer of 1922 the Wakonda team competed in the “first annual polo” meet at Ft. Snelling in St. Paul MN, and became a member of the U.S. Polo Association in 1923. 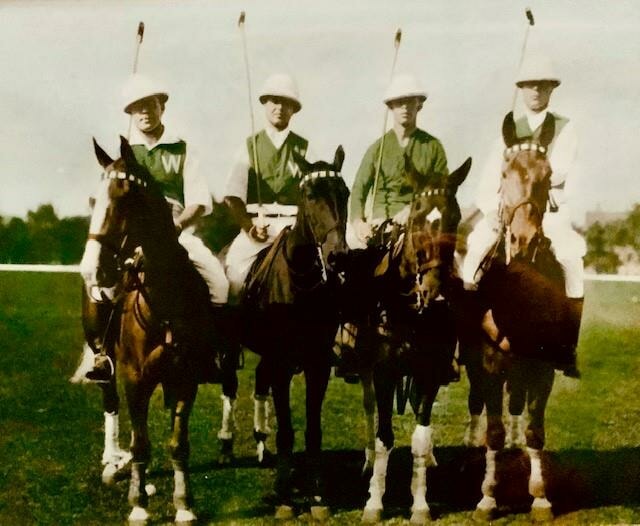 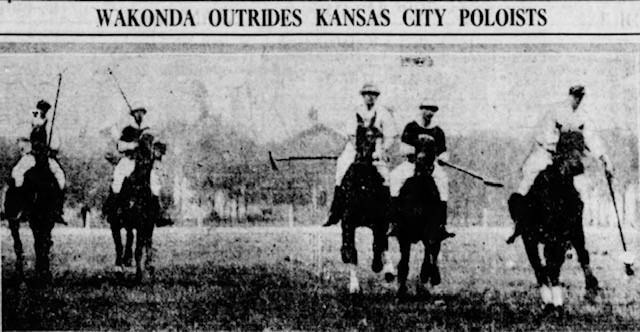 Bert M’Grane of the Des Moines Tribune wrote “if the vigorous game of polo had never been introduced into the middle-west, perhaps James W. Hubbell would still be devoting his spare time to perfecting the fundamentally sound golf game that made him one of the game’s outstanding players” and the “only Iowan to have won the national collegiate golf championship.” The “absence of his name from most of the golf records since can be attributed to the fact he prefers his place in the saddle as a member of the Wakonda Polo team to whatever links laurels might come his way.”

In June of 1928, the Wakonda Club polo team defeated the polo team of famous humorist, Will Rogers and the Cowboys  12-9, at the Kansas City Country Club, before a crowd of several thousand that arrived in “private cars with chauffeurs and footman, in taxis, on busses, and on foot just to see the renowned humorist perform in an athletic way - and he did.”

The late Des Moines Register columnist, Walt Shotwell, fondly recalled the “heydays of Des Moines polo” with the Sunday matches being an “afternoon of splendor, ”saying, “my folks dressed me up in my Sunday best. All of us, including grandma, piled into the white Packard touring car and dad drove us as if we were going to a coronation. The Packard joined Cadillacs, Franklins, Lincolns, and Pierce Arrows lining the polo grounds like gold plated bleachers. Ladies in high-topped shoes and flowery bonnets and gentlemen in jackets broke out baskets of sandwiches, cheese, and fresh fruit. Men chatted about chunkers, bamboo mallets, and assessed the quality of the ponies. A few corks were popped, but I was too young to know what was in the bottles.”