The man behind the Wakonda Club golf course, William Langford

The man behind the Wakonda Club golf course, William Langford

In the years prior to the opening of the Wakonda golf course, the founders retained the firm of Langford and Moreau of Chicago, Illinois, to design and build a golf course on the 210-acres of the old George Peak farm to be “the most beautiful west of New York” and “ranked among the best in the country.” The “scenic and landscape work” began in earnest in 1920. The golf course was essentially completed by the late fall of 1921, but not in full “usable condition” until 1922, as the greens were still “in need of a little work.” The course officially opened for play the summer of 1922. 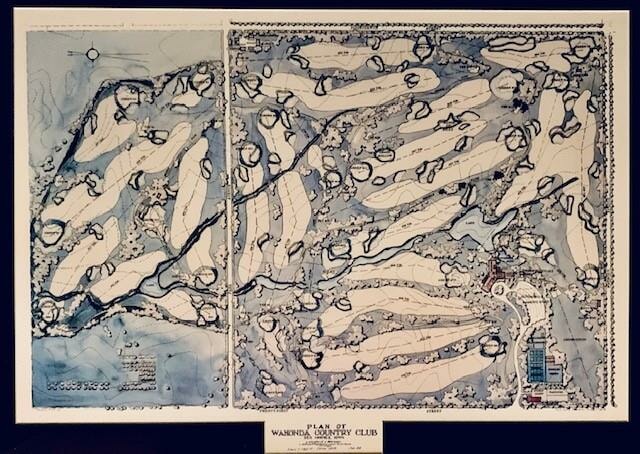 The original design, as shown, called for a 27-hole layout, with seven holes north of Park Ave, two stables for housing for up to 50 horses, three miles of bridal paths “winding through the hills and hollows of the course and polo grounds”, a swimming pool, lakes, and a grand clubhouse with “sleeping quarters, guest rooms, reception halls, a dancing salon, locker rooms, showers, dining rooms, and a huge veranda overlooking the links.” The special outdoor swimming pool was designed to be “fed both by springs and city water”, to form a “chain of lakes on the course” and be connected by “natural waterfalls.”

Prominent retailer, accomplished golfer, and club director, E. J. Wilkins, declared, “Nothing of its kind in the United States will be superior to our club when it is completed.” The contract to build the clubhouse was awarded to the Arthur H. Newmann company and work began in early March of 1922, with work was completed the same year. The inaugural opening dinner dance took place on December 16, 1922 (as profiled in the December 2020 newsletter; more about the splendid original clubhouse in a future newsletter).

William Langford and Theodore Moreau were trained engineers. Langford handled the design work and Moreau oversaw the construction crews. William Langford, born 1887, suffered from polio during his childhood and took up golf for prescribed rehabilitation. Langford excelled at the sport, playing on the Yale national championship golf teams just after the turn of century. Following Yale, he obtained his masters in engineering from Columbia University. 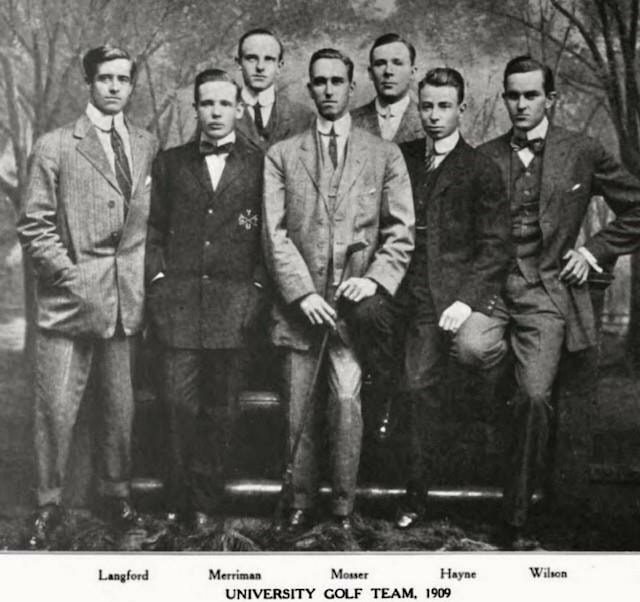 Langford was known for designing “boldly contoured plateau greens” defended by deep bunkers and routings that incorporated “ravines, hill-crests, and valleys that were pleasing to the eye and challenging to play.”  While Langford never had the opportunity to craft layouts from dramatic oceanfront properties or canyons, experts say “he can hold his head high on what he accomplished on inland terrain in America’s great plains.” Indeed, it is said that not until golf architect Pete Dye arrived on to the scene did any golf designer come close to Langford’s “virtuosity in molding the lay of the land into brilliant and strategic holes,” comparing his work to a “seasoned composer, Langford [knew] just the right moment to ascend and retreat from crescendos.” Experts also point to the “especially memorable” park like “elegance, topography, and subtle quirkiness” of his designs and the extreme “sportiness”, including the “dramatic quartet” of holes 12 through 15 at Wakonda. Langford’s artistry is said to have originated from his “meticulous construction techniques in the pre-bulldozer era he flourished in.” His green complexes reportedly look more natural because his partner Moreau told their steam shovel operator “to let the scraps fall where they may” and crew members would “patiently” hand finish the design.

Langford expressed his credo on hazards in 1919:“Hazards should be placed so that any player can avoid them if he gauges his ability correctly, so that these obstacles will make every man’s game more interesting, no matter what class of player he is.” Interestingly, the original layout called for more than thirty fairway bunkers. Today, only a handful remain.

Langford, who later served as president of the American Society of Golf Architects, passed just shy of his 90th birthday, leaving behind his fingerprints on over 200 courses.

On September 8, 1921, the Club made “its informal bow to the social society” when nearly 500 members and friends “motored out” to Wakonda on an 80-degree afternoon to “personally inspect the links”, the water “playground”, and take part in a buffet dinner and picnic. “Dressing tents were erected for the convenience of club members and guest to enjoy the new pool.” The “big” outdoor pool, “constructed of concrete” with the “appearance of a natural reservoir in a rocky formation, was the center of attention.” A Des Moines Register headline proclaimed the social event “created furor in the elite circles .” The Club President gave an “inspirational talk” to the members, their families, and guests and commented on the “pleasures which will be theirs following completion of the new clubhouse.” Nearly a century later, Wakonda continues to provide recreation, happiness, and enjoyment to its members. 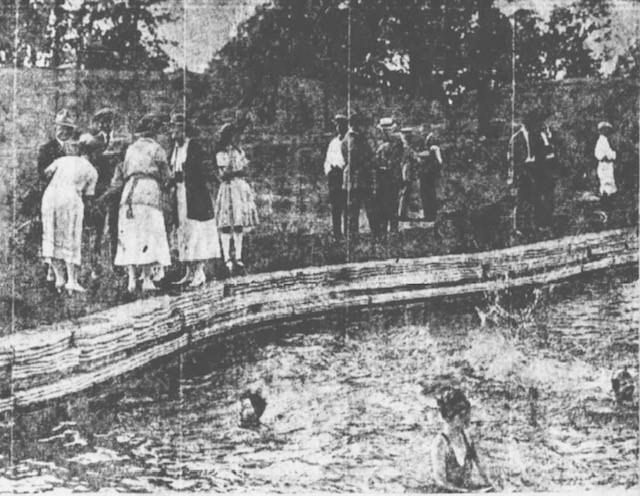 Pictured: Members greeting one another at the opening social event for the pool. 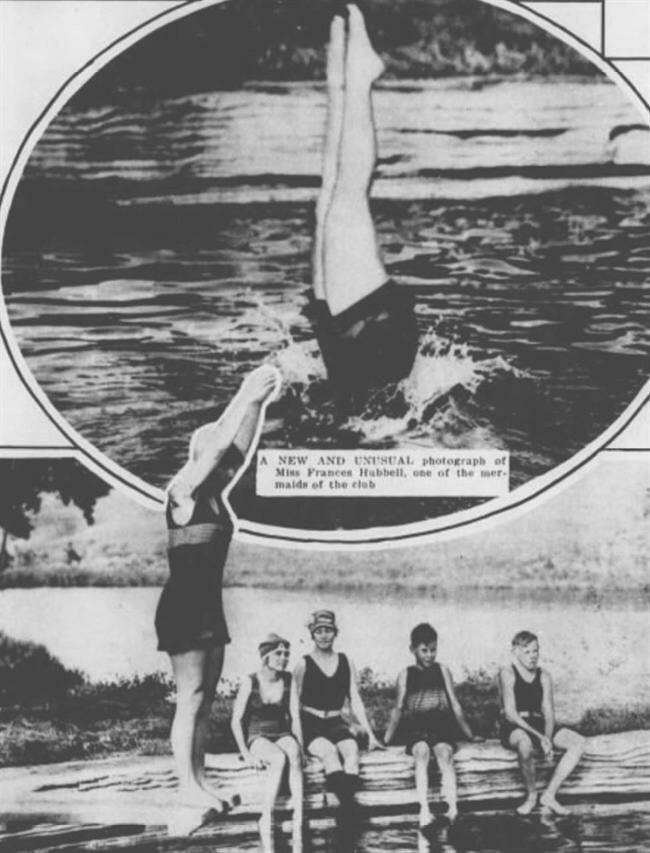